SOUL HARVEST is a 2-4 player local multiplayer strategy game set in the depth of Hell! Play as archdemons fighting each other in order to claim ownership on regions of the underworld. Using the power of the souls they harvest, the fiends can erect structures made of flesh, summon hellish minions and unleash diabolical magiks to help them defeat their foes.

SOUL HARVEST is our third iteration on the concept of a fast paced local multiplayer strategy game playable by everyone. We wanted to make a strategy game simple to apprehend and that you can play on the same machine so that players just have to pick up a gamepad to begin battling each others. Based on Hubris and Eggz, two games made by William “Wilbefast” Dyce (who originally launched the project along with Matthieu "Sha" Sablier), Soul Harvest is the second game from Nanoleptic Games, the first one being Lazr by Kevin “Gaeel” Bradshaw. 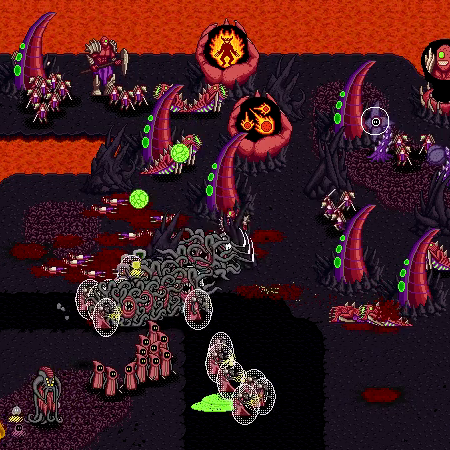 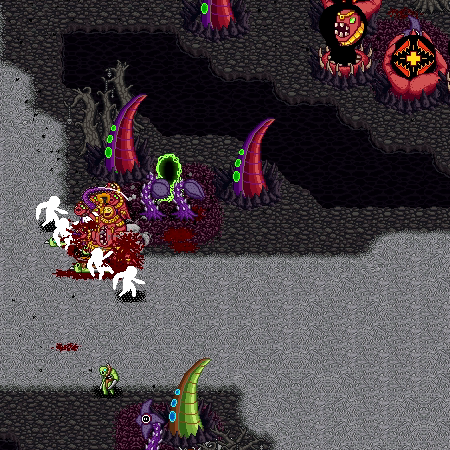 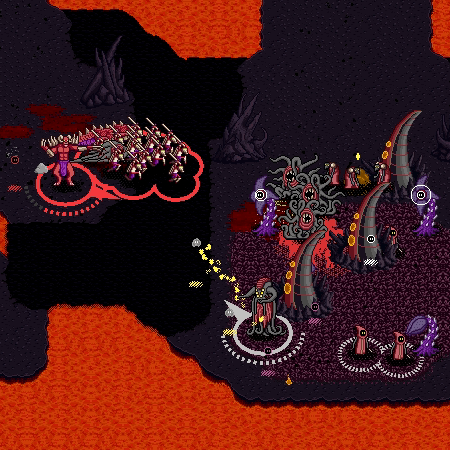 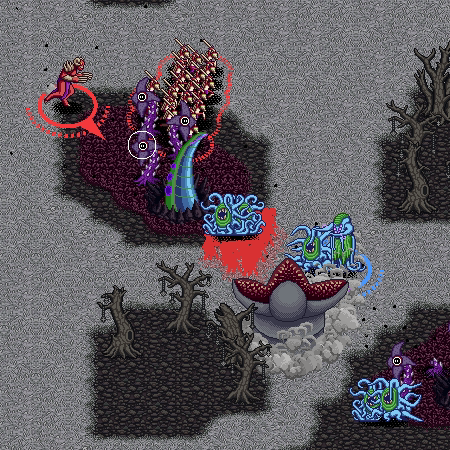 There are far more images available for SOUL HARVEST, but these are the ones we felt would be most useful to you. If you have specific requests, please do contact us!

presskit() by Rami Ismail (Vlambeer) - also thanks to these fine folks